What’s the difference between confetti and straps?

What kind of confetti should I use?

Hello everybody, today I will tell you about the difference between commercial confetti and professional confetti, we will evaluate and compare strengths and weaknesses.

You know what confetti is?

Confetti are usually thrown at celebrations, especially parades and weddings, they are small pieces or streamers of paper, mylar or metallic material

Curiosities about the word “confetti”

The Italian word for paper confetti is “coriandoli” but in the various languages is known as confetti. The word confetti originated in Italy in the Renaissance, from the Latin confectum, with confetti the plural of Italian confetto, they are small sweet, almonds with a hard sugar coating, are given out at weddings, baptisms and other special occasions.

Do you know how many types of confetti there are?

There are two types of confetti:

Commercial confetti: usually used in family celebrations or during carnival

Professional confetti: used during major events such as weddings, television shows and championships

The difference is nothing short of exorbitant, to make you understand better I tell you an event happened during a wedding, at the time of the cutting of the cake have been launched confetti of questionable origin, the effect was cute, but the end result was devastating, there were confetti everywhere, on the ground, in the pool on clothes, on the cake, but the most serious problem was that the confetti in contact with the humidity and the water have begun to release the color staining the furniture, the marble and the clothes (I cannot tell you how the bride’s dress had become) the confetti fell in the pool not only changed the color of the water but they clogged the filters, in a few words for a shot cost a few euros were caused damages of several thousand euros, catering has also suffered damage to the roofs of the gazebo no longer white but now only useful for carnival.

For example, the cellulose used has a low environmental impact because, recycled and biodegradable to 99% and fundamental thing are fireproof and do not discolour.

For TV shows, what kind of confetti are used?

If you’re sitting in the chair watching a TV talk show, what you see is a very bright and colorful TV studios, but you don’t see any headlights, behind the Backstage, thousands of motorized headlights are hide and as scenography are used hundreds of ledwalls.

Despite the use of LED technology these environments release so much heat, for this reason they use professional confetti, the METALLIZED STRAPS thanks to their pigmentation are able to achieve a slow drops, do not fade because they are metallized and basically are flameproof.

You can find confetti of various shapes and types, those that are often used for professional events are called STARPS, are rectangular in shape and measure about 55x25mm, you can find different colors are divided into two types of material:

A material is defined as fireproof if it is not flammable or if it possesses characteristics thanks to which it is much reduced or much delayed its combustion.

Many particularly flammable materials can be subjected to fireproofing, which reduces their reaction class to fire.
The use of fire retardants such as the BFR greatly reduces the risk of fires occurring, or increases the propagation time.

If you need confetti for a family party you can buy the cheap (Commercial) ones, always paying attention to heat sources, if you need it for important events I recommend you to buy professional confetti sold by reliable suppliers.

I want to greet you with a quote:

“I take handfuls of words and throw them in the air, they look like confetti, but in the end they go in place like the tiles of a mosaic. “

Thank you so much for your attention, write me if you want me to talk about anything specific.

This website uses cookies to improve your experience while you navigate through the website. Out of these, the cookies that are categorized as necessary are stored on your browser as they are essential for the working of basic functionalities of the website. We also use third-party cookies that help us analyze and understand how you use this website. These cookies will be stored in your browser only with your consent. You also have the option to opt-out of these cookies. But opting out of some of these cookies may affect your browsing experience.
Necessary Always Enabled

Any cookies that may not be particularly necessary for the website to function and is used specifically to collect user personal data via analytics, ads, other embedded contents are termed as non-necessary cookies. It is mandatory to procure user consent prior to running these cookies on your website. 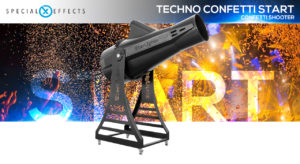 Free of charge the support on wheels

Free of charge the rotating support 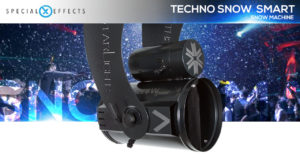 Free of charge the rotating support 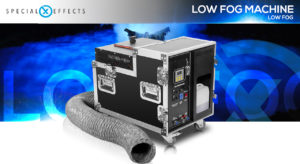